In the Native American tradition, this time of year is considered "Western Shield:"  a time of reflection, introspection, and the adult time of life. One of the advantages of migrating from South to North to South every six months is that I can look back over the many experiences I've had in the last six months and feel a sense of the change of seasons.  It also gives me an opportunity to see areas where I have grown and where I could still use some growth.  We all have experiences, both positive and negative, where we can find joy, learn from, heal by, hopefully grow. 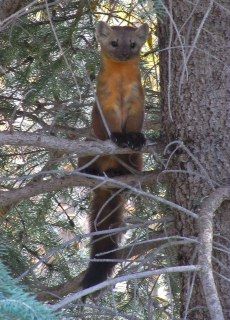 During the last six months there was the opportunity to be on "Live in the Hole" Community Radio twice, perform at the Center For the Performing Arts at their annual Hootenanny, perform regularly every Saturday morning at Cafe Boheme where I shared my Cowgirl Jazz and 20's, 30's 40's repetoire in a place where "artists, intellectuals, and athletes meet for good food, better ideas, and great music"! I had the opportunity to be a "cover girl" for Making Music Magazine (a national music magazine with a circulation of 40,000) and have a six-page interview, to sing every Sunday at Chapel of the River Crossing - the church we attend here in Jackson Hole.  I was also asked to join the Jazz Foundation of Jackson Hole next year as one of their guitarists and vocalists, and I found out I will be a Grandmother in March 2012. Life feels pretty good right now.

Hopefully, you can look over your last six months, too,  and gain a sense of accomplishment having experienced some growth, joy, learning and fulfillment.  I believe that gratitude for what life gives to us is one of the most important qualities we can develop and know that the more grateful we are, the more abundant we feel.

I also know that there are periods in our life when we "take stock" of things and decide if we want our lives to be different.  This is also enriching and healing because I think one of the most powerful qualities about us as human beings (or "becomings?") is our ability to change and to heal ourselves.  I look back on an experience that changed me, shaped me, and help to heal me and hopefully others whose lives were touched by this experience.

In October 1991 my family received a phone call that changed us forever:  my older sister, JoAnn, had been brutally assaulted and killed by two young gang members in L.A... the youngest was only 13 years old.  As you can imagine, it was a terrible shock and our family grieved not only for ourselves, but for her two young sons who were only about 16 and 14 years of age at the time.  It was a year and a half before I could even talk about it publicly in any of my professional speeches. It just seemed so senseless and tragic.

One of the miracles of this experience was that I woke up on a Wednesday morning before  the "Monday-morning phone call," feeling very peculiar.  It was as if my emotions where not matching my immediate experiences surrounding me.  I eventually was able to identify the emotions as deep sadness, depression, and sexual violation.  This was odd because to my knowledge I had never been sexually violated.  I thought maybe I was having a memory come up that had been repressed or something.

I called several friends that day to talk about these strange feelings, told my husband when he came to pick me up at work, and racked my brain the entire day and the next day to see if I could figure out what was going on!  Due to a speech I had to give Thursday evening and the fact that I had to board a plane and be responsible to others, I literally forced myself NOT to think about this!  I was able to give the speech and the emotions seemed to, thankfully, subside.

It was the following Monday morning that we received "the phone call" from my Sister's husband that her life had been taken by two young gang members. We were told that her body had been found and that it was estimated that JoAnn's time of death took place approximately the Wednesday before.  It is my belief that somehow she came to me before her Spirit left this earth to say, "Goodbye," and to "look after her boys!"

A year and half later, I was invited to speak to a group in South Dakota on "Empowerment" for an April 21 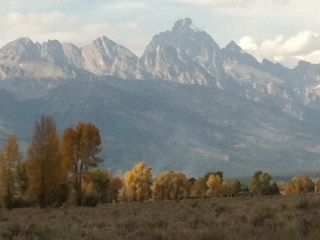 (1993) conference.  I decided that, among other things, I would open up and talk about the powerful quality we humans have to heal ourselves and endeavored to talk about my own  process of healing and forgiveness for my Sister's death.  In some ways, I felt I wanted to use the tragedy for good if it helped someone start their own healing process from one of life's challenges - and it would help me to make some meaning of the tragedy.

When I boarded the plane to go to South Dakota I read in the paper that Governor George Mickelson and seven of their state leaders had gone down in a tragic air crash the day before. When I arrived in South Dakota the airport was in a stunned silence - this Governor had been well loved.  People were huddled around radios, reading news from the paper - they were in a state of shock. It reminded me of the day President Kennedy was assassinated.

I knew I had to address this issue at the Conference the next morning - there was little else on the minds and hearts of the people of South Dakota.  I started out the speech acknowledging the tragedy: the senseless feeling of it, and the loss. We had a "moment of silence" for these heros.  I then talked about my own experience of loss of my Sister, JoAnn, to the hands of the two young gang members. I shared the miracle of what I felt was her "Goodbye," to me and I talked about the emotional journey of healing.  I talked about the power we each have to heal ourselves and to build our power through forgiveness and healing.

I then suggested that we dedicate the rest of the day to a "Celebration of Learning" to Governor George Mickelson and the seven state leaders.  I cannot begin to describe the power of this day - both for me and for most of the people who attended.  The whole experience was synchronistic - a miracle.  I believe all of us were enriched by the experience...especially me!

Life gives all of us beauty and tragedy; the captivating and the quagmire; miracles and milestones. There are some experiences in life we cannot explain, but must tuck into the treasure chest of our lives and revisit them from time to time to see how they measure up with each new season's perspective.  I believe we have the power to heal ourselves of any of life's challenges - one of the greatest qualities we have. I hope that as this new season unfolds, you are glad for your life and that you see little miracles in the every day (and big ones too!).

Lets talk about your creativity for a minute! I have posted the Top 20 Picks for the GREATEST SONG IDEA CONTEST on my website.  We have had some truly amazing submissions: some funny, some poignant.  I had a committee pick the Top 20 which can now be viewed, and the Winner and 5 runners-up will be posted November 15.  Congratulations!